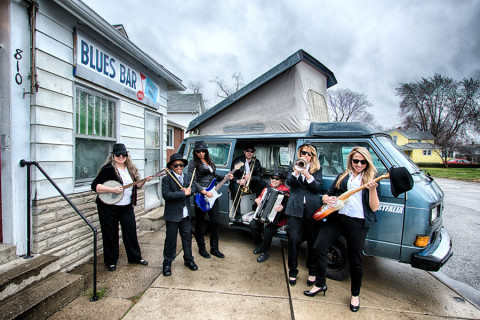 The Wassenhove Family - Rockin' through the generations!

My family not only rocks, it grooves with the blues and swings with jazz! We have done so for four generations. In 1920 my grandparents immigrated from the Netherlands and Belgium to Indiana. Four years later they purchased an eating establishment known as the Midway Lunch, and turned it into a dancehall. The 1940s saw it develop into a great music venue. During the 40s, 50s and 60s the Midway played host to many musicians and in earlier years hosted some famous personalities. 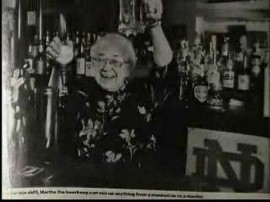 Martha, the matriarch of the family, had a lifelong love of music. Over the years she nurtured her business and brought music to the Midway, but it wasn‘t until she was 75 that she indulged her personal love of music, purchased an organ and started taking music lessons for the first time! At the age of 85 Martha was inducted into the Bartender Hall of Fame. She ran her business until she passed away at 91. Martha‘s daughter, Albertina, plays the piano and accordion, and has taught music. She now runs her mother‘s business and has turned the Midway into a blues mecca. 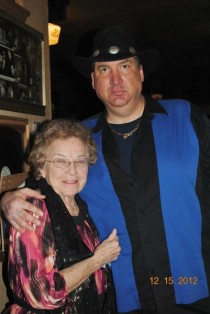 Albertina is a strong supporter of local bands and young musicians, and loves giving new bands a venue to perform. In 1992 The Michiana Blues Society presented Albertina with the "Keeping the Blues Alive" award. Like her mother, she is a hard worker and at the age of 85 has no plans to retire, as she loves sharing the joy of music with everyone she meets.

Albertina‘s son Dan continued the musical tradition and started playing the accordion at the age of 5. In spite of that handicap, he has played in a few local bands and is interested in playing the saxophone. His wife, Debi, also plays the accordion and played the French horn. Their children are continuing this musical legacy. Lisa sings with the Utah Chamber Artists in Salt Lake City. Katie grew up playing the piano Martha bought in 1936. She enjoys jazz, plays a mean boogey woogie piano and loves playing a four-hand boogie. Kelsey plays the piano, enjoys working with her grandmother and wants to go into special education. Kylie loves all kinds of music and with her love of sports and exercise intends to go into physical therapy. TJ has a love of pop music and loves singing and dancing.

In the "it‘s a small world category" the children’s great grandfather on their mother‘s side was the drummer with Sid Cohen and the Serenaders, the first band to ever perform at the Midway. As for me, I‘m the pseudo-hippie with the vagabond spirit. I love being a traveling physician assistant and am learning to play the box drum. My family rocks with the best of them!