Donn May- Guitar and Vocals 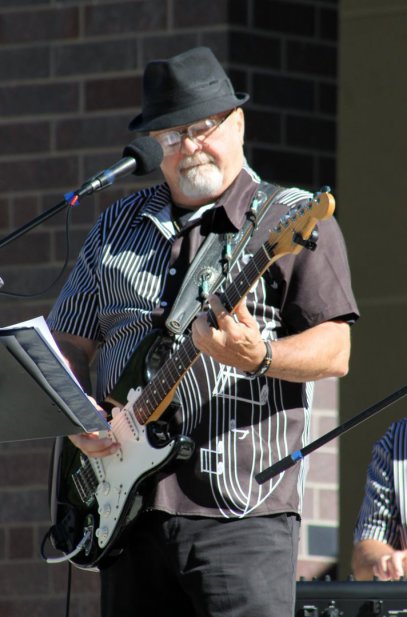 Donn May started playing the pedal steel at the age of 6 and switched over to electric guitar at the age of 9. By the age of 12, Donn was already playing in a band. Many of his musical influences include: Chuck Berry, Led Zepplin, Eric Clapton, Jimi Hendrix , Lynyrd Skynyrd and more. I learned most of the songs by playing records or tapes in my room

and picking them up or by jamming with friends and learning them.

When he is not playing his guitar Donn enjoys spending time with family and friends and enjoys fishing, camping and riding his Harley. 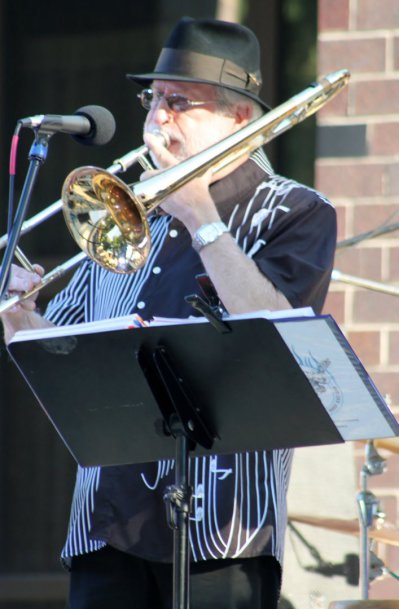 I don’t remember when I started with music, but I feel it has been around me for a long time, since my mother was always involved musically. I started playing trombone in the 6-7th grade and played through junior high and high school, taking up acoustic bass in my jr.- sen. years.

1960-61 I went to Indiana University where I studied trombone with Edwin (Bud) Baker, whose methods and teachings I still use even now. Late 60’s- early 70’s I played with the Shaky Joe Trio, mostly bass and some trombone. Late 70’s I played with a group called Flight mostly trombone and some bass.

Through most of the 90’s I played with the Bobabalooys which included John Larson. From the 90’s to this year, I have had the privilege of playing with John and consider our camaraderie to be a major influence in my musical career. Late 2000’s I have had the pleasure of playing rock with Short Term Memories and The Blues with Big Daddy Dupree.

Throughout my years I have played with several community concert groups (Grace Community Concert Band, Lake Area Concert Band, Grace Wind Ensemble, Elkhart Symphonic Choir) which have allowed me to sustain my chops and have given a certain amount of stability in an otherwise unstable existence. I thank God for whatever talent HE has allowed me and will continue to use it as long as I can. 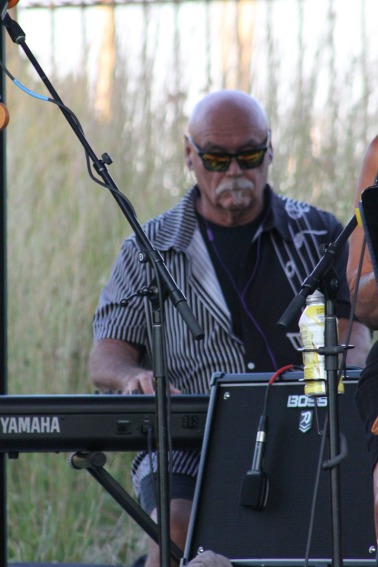 I can’t remember a time when music has not influenced my life. I started playing alto saxophone in 6th grade and by the 8th grade was playing the tuba and both the tenor and bari saxes as well.  I knew music was a part of me, but it wasn’t until I was asked to fill a void in the middle school band and learn to play the drum set that I understood just how deeply this passion for music was rooted.

I continued to grow my love and skill for the drums through high school forming the band “Not From Phoenix,”  which recorded three albums.  I have also filled in for “Short Term Memory” and “Big Daddy Dupree” and  played full time with “Country Heart,”  “The Old Man Band,” and “Wacko Jack” which opened for “Tuff” in the mid 90’s.

I took my love for music to another level by completing my bachelor’s of music degree from Berklee College of Music in Boston and worked for 10 years as the band director at Wawasee High School.

Although my day job is currently not in the music industry, I continue to support my church’s worship band and now, jam it out as the full time drummer with the talented musicians of “Big Daddy Dupree Broke and Hungry Blues Band.

Ken has added so much we are excited to keep this Blues machine rolling with the addition of his talent and energy. Ronda hails from a very musical family and developed an appreciation for many genres at a very early age. Taking lessons on multiple instruments, she eventually decided playing was not for her, vocals were where her passion was. She says, "I'm fairly certain I was singing in utero." Through school she was a member of the school choir, church choir, and many stage productions.

After graduating, she continued to perform and indulge her passion for song by doing some vocal coaching and found herself hosting Karaoke shows and occasionally guest performing with a variety of bands for eight years. After more than a decade she returned to hosting for the last couple of years. Enter Big Daddy Dupree at one of her shows following a performance of their own and the rest is, as they say, history.

We are very fortunate to have Ronda as a member of our Blues family. Her soulful sound is a gift that needs to be shared with our friends, fans and family. John Degroff was one of the original members of the Christian rock band Petra in 1972, along with Greg Hough, Bill Glover and Bob Hartman. He played Bass guitar on the band's first two records ("Petra" and "Come and Join Us") before leaving in 1979.

After leaving  Petra, John has played in several bands in the Fort Wayne area, and also did some session work. In 1987 John moved to Nashville Tennessee and dedicated himself to songwriting and other musical activities. He has had some songs recorded on independent records and does some occassional studio work.

John is back in our area and he has joined up with our Blues Band and has added so much to our sound already with his talent and experience. We are really excited for what's coming up next.

John has many projects in the works and we are just blessed to have John include us as one of his projects. 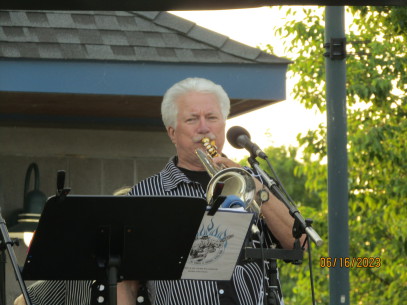 He started playing music in 6th grade. He took lessons from Max Greer of Hicksville , Ohio. Scott plated in East Noble's Concert, Marching, Pep and Jazz bands. He was the trumpet section leader as a senior, and claimed the Louis Armstrong Jazz Award. Maynard Ferguson was a major influence and the music of the band "Chicago". Scott's uncle Phil Trowbridge aka "Aaron Aardvark" played trombone on CTA's first album.

Scott has filled in for the late John Larson, of Ides of March fame and the late Rob Johnson for another band "Short Term Memories" and now finds himself as they both did, playing trumpet and flugelhorn with Big Daddy Dupree's Broke and Hungry Blues Band. We are truely blessed to have Scott playing with us and look forward to, in the future, having Scott be featured in singing some songs for our family, friends and fans. After not doing much with music, at the age of 47 he  took on guitar seriously. Soon he started playing in his  own oldies band, Short Term Memories, and ended up playing Guitar, Tenor sax,  and singing for 20 years with that band. He also played Guitar for a Gospel group,The Living Word, and still plays at his church. He  always had a love for the sound of the Tenor sax solos in the oldies songs of the day, so at age 65 took up the Tenor sax and started taking lessons.

He joined up with Big Daddy’s Blues Band in 2019 as they put  together the present horn section with Bernie Wilson on Trombone  and Scotty Crothers on Trumpet. The three of them had played together for a few years previously and enjoy playing together for Big Daddy.

Ralph thoroughly enjoys being a part of the Big Daddy Band and says he learns much from the talented musicians in the band. He also contributes with guitar and vocals on a few songs. We are proud to have Ralph with us. He contributes so much to our Blues sound with his talents and experience.